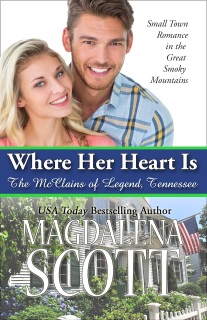 Where Her Heart Is
He’s won his daughter’s heart. Can he also regain her mother’s trust?

Betsy McClain left Legend, Tennessee two years ago, with a broken heart, a baby to care for, and precious little else. She’s done well in the city, and so has daughter LizBeth Ann. A heartfelt request from Dorothy McClain is the only thing that could bring them back to Legend, even temporarily.

Mike McClain wants to get to know his only child, but Betsy isn’t cutting him any slack. Good looks and the old McClain charm seem to be failing him. Betsy is not the same love-struck girl he married, nor the girl who left Legend in a flurry of anger and tears. But he’s changed too. Can’t she see that?

Mike is renovating the house where Betsy and LizBeth Ann are staying. Everyone in Legend would like to see them get back together. The only thing standing in the way is Betsy’s stubbornness.

Learn about the rest of my stories about the McClains of Legend, Tennessee by clicking here to go to the Legend page. 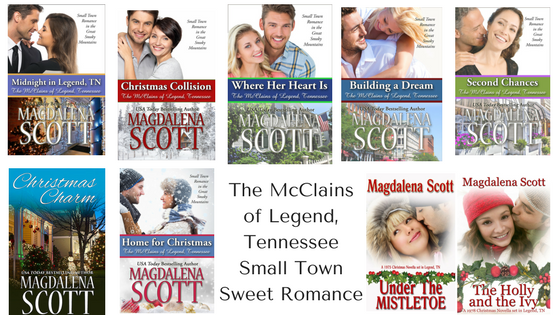